A Spark of Genius 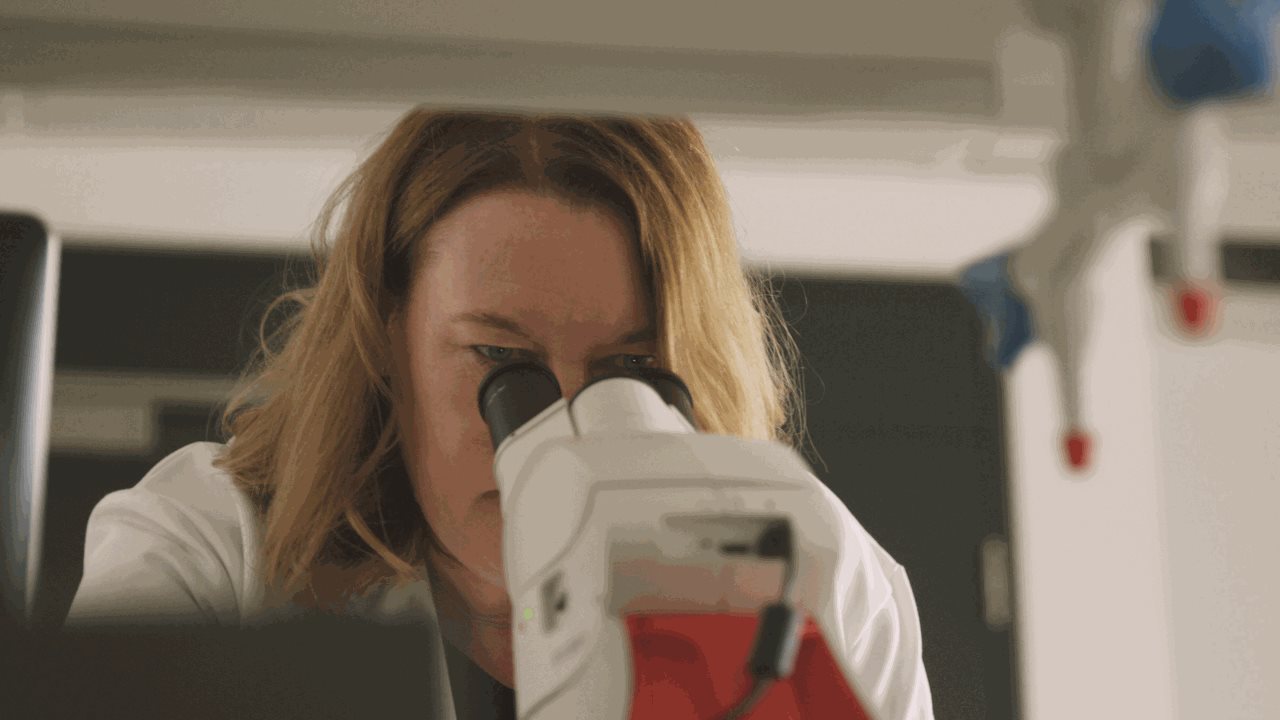 Meg Walker speaks to Dr Karen Doyle, President of Neuroscience Ireland and principal investigator at CÚRAM, the Science Foundation Ireland Research Centre for Medical Devices at NUI Galway, about her work in stroke research and the power of storytelling in helping to bring science to the public.


How did you first get into the field of neuroscience?

After Leaving Cert, I went to University College Dublin to study science. I had an interest in understanding the human body, so naturally fell into subjects like physiology and pharmacology. During the degree, we studied the brain, which is the organ we know the least about – there’s still so much to learn about it. I was fascinated, and from then on, I wanted to study the brain, look into the diseases of the brain, and figure out mechanisms to protect the brain.I studied pharmacology and how drugs can interact with the brain – at the moment, we don’t have any neuroprotective drug therapy. I just had this drive for discovery, some sort of mechanism to actually help in brain disorders, of which there are many – neurodegenerative diseases, psychiatric illnesses, neurological acute illnesses… If we could find something that could help, that could reduce the disability associated with those diseases, and the number of people’s lives we could touch, that would be huge. It triggered this desire to know more and see what potential there was for neuroprotective methods.


Tell me about your research and its implications.

My current research is in the area of stroke. When somebody has a stroke, it tends to be a very rapid onset of neurological problems and symptoms. Over 15 million people across the world have a stroke each year. In Ireland, it’s at least 8,000 to 10,000 people every year. The vast majority of those strokes are actually caused by a blockage in a blood vessel. What I’m doing at the moment is studying the material that blocks the arteries supplying blood to the brain – blood clots that have been removed from the brains of people who’ve had a stroke. I’ve been trying to use what I find about the clot to improve or optimise the design of medical devices to try and remove the clot as quickly as possible – because every single minute the blockage is within the brain, we’re losing about 2 million brain cells. So the quicker we can remove these clots, the better. And not all clots are the same, so we need to figure out how best to remove all different types of clots. I’m collaborating with industry to see if we can distinguish the characteristics of the clot before a thrombectomy procedure (where a clot is removed) is carried out – if [the surgical team] can tell what kind of clot [a patient has], they can choose the right device and the right treatment approach in advance. We’re also doing some discovery work within the clots, looking to see if we can see biomarkers that might lead us to develop new drugs or new therapeutic approaches to prevent strokes in the first place.


You were featured in a documentary, A Tiny Spark, about stroke research. How did that come about?

CÚRAM developed a collaboration with Galway Film Centre called Science on Screen. It’s a partnership to promote science, technology, engineering and maths in film as a mechanism for outreach to bring science to the public. I was invited to do a pitch to a room full of directors and producers, describing my research, and I was lucky enough to be chosen by the team at Swan Song Films – director Niamh Heery and producer Caroline Kealy, who developed this wonderful film. They found stroke survivors who were willing to tell their stories and incorporated beautiful animations by Eric Dolan. Storytelling is one of the most powerful ways of getting a message across. I think we need to be imaginative about how we actually portray information about science to the public, and film is a magical way of doing it. Outreach is a really important issue for Science Foundation Ireland, and certainly in CÚRAM, linking art and science has been strongly championed.


As President of Neuroscience Ireland, what are your plans or goals for the next two years, and are there specific areas you’re focusing on?

The aim of the society is to advance research and education in neuroscience in Ireland. Two years is a relatively short period, but it’s a critical point in terms of the research funding landscape. One of the things I’m focusing on is to advocate for research funding within Ireland and also Europe, because Neuroscience Ireland is a member of the Federation of European Neuroscience Societies, and we all collaborate together to enhance neuroscience at a European level. It’s really important that we advocate to ensure that funding is available for neuroscientists so that we have a chance to work on the diseases that are such a burden to people who suffer with them. Another thing that’s very close to my heart is to nurture the next generation of neuroscientists, continuing to promote neuroscience education within Ireland. The third thing is to reach out to the Irish people, and to the children who are going to be the neuroscientists of the future. It’s also about collaboration within the society because we’re a group of over 200 scientists and clinicians, all working in diverse areas of neuroscience, and making sure everyone feels like a link in a chain is important.


Are there many women in Ireland working in the field of neuroscience?

Yes, we’re probably around 50/50 women to men in this particular area. Things are moving in the right direction with regard to women in science in general, but we still tend not to be reaching the top, not as readily as men do. It’s a slow shift. As women, we tend to take on all the nurturing roles and spread ourselves across the whole array of jobs that need to be done, not just the ones that will get you promoted. And I don’t think the breadth of roles that women carry out are necessarily recognised. There’s still work to be done, but in general, I think women are very well represented in neuroscience. We just need to make sure that women make it to the top of their field, every bit as much as men do. When you have diversity in a group, you get a wider range of ideas, people bring different strengths, and it only adds to any given project and the area overall.