A choice of sites for your business needs 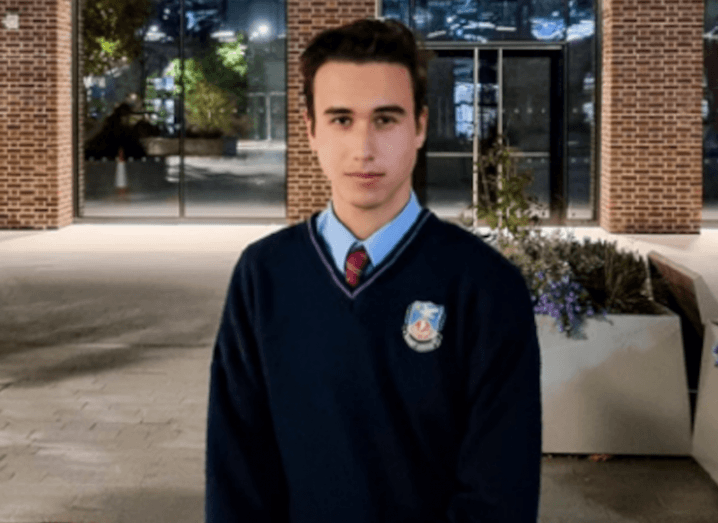 Dublin teenager Andrei Florian has bagged two awards at an international science and engineering fair in the United States for his project on a novel internet voting system.

A fifth-year student from St Aidan’s CBS, Dublin, Florian was awarded the top prize in the software systems category at the Regeneron International Science and Engineering Fair (ISEF) 2022 held virtually and in-person in Atlanta, Georgia from 7 to 13 May.

The recent top four finalist at the 2022 BT Young Scientist and Technology Exhibition, Florian also won an Oracle Academy award for his project, netting a total prize of $10,000 and beating out 58 other international entries in his category.

ISEF, run by the Society for Science for over 70 years, is one of the world’s largest global science competitions for secondary school students. Each spring, a group of international students are selected as finalists and offered the opportunity to compete for approximately $8m in awards and scholarships.

“I am proud to have presented my project at ISEF this year. I am passionate about electoral reform and over the past few months designed and developed a novel internet voting system with which I had the honour to represent Ireland at this international science fair,” he said.

“I am grateful to my family, friends, and teachers for supporting me through this journey and BT Young Scientist for giving me this opportunity.”

Mari Cahalane, head of the BT Young Scientist exhibition, said that the team is “incredibly proud” of Florian and his work.

“I am thrilled to see his work recognised and look forward to following his continued development,” she said. “Andrei’s win demonstrates the role that BT Young Scientist plays in fostering young Irish talent in science and technology and I wish him every success for the future.”

The BT Young Scientist exhibition features projects from thousands of secondary school students every year, many of which seek to tackle the challenges at home and more broadly, from improving tractor safety on the farm to detecting deepfakes online.

This year’s exhibition saw more than 1,000 students representing 219 schools from 29 counties fighting for the top prizes. Two Dublin students, Aditya Joshi and Aditya Kumar, took the top prize at a virtual awards ceremony for their project focused on Euclidean geometry.