Autodesk Finds the Location and Talent it Needs to Grow

In 2018, Autodesk opened its European hub in Ireland to provide operations support to colleagues across EMEA
In less than a year, the Irish site had over 180 employees representing 28 nationalities

Relocating an office from one jurisdiction to another is never without risk, and when Autodesk decided to move its EMEA headquarters from Switzerland to Ireland, “it was the best option,” says CFO Scott Herren. “The total number of employees in Neuchatel was just north of 200, so although it was a big task to relocate that operation, it was the best way forward.”

Autodesk’s European headquarters handles several functions including transactions, accounts, tax and payroll, inside sales and product localisation, so it needed to support and acquire a wide range of skills. The company planned a six-month overlap period where it ran its Swiss and Irish operations in parallel and invested in employee training to ensure a smooth transition.

Enhanced productivity
In the end, the move exceeded expectations. In less than a year, the Irish office reached the same productivity level as the Swiss hub, which had been in place for more than 20 years with many experienced employees. Autodesk chose Martin Gurren, an Irish-born manager who had been working at the Neuchatel hub, as site leader for the Dublin office. “I think the fact that it was a greenfield site contributed to my desire to have an experienced leader that we were all comfortable with to be the overall site leader and to manage the team. We wanted to establish a culture that’s consistent with the rest of the company and we knew we could do it if we had the right leader,” says Herren.

Local legal assistance
As CFO, Herren needed to consider the contractual aspects that needed to change from Swiss documents, setup and legal structure. Autodesk also needed to change its legal entity to one that could accommodate not just sales but G&A functions that the company planned to relocate. IDA Ireland facilitated an introduction to a locally based legal firm that helped to set up the legal entity and assisted with ongoing governance. It also introduced Autodesk to a recruitment agency to help source talent for the Irish office. “The IDA played a key role in introducing us to everyone in the community and eased the process. I couldn’t be happier  with the outcome,” says Herren.

Autodesk emphasises that it chose Ireland based on the quality of available talent, the ease of access as a location, the business-friendly environment and due to being more cost-effective. “Historically, people wanted to locate to Ireland because of what they viewed as a favourable tax structure, but I think trying to find a hub location to optimise  tax planning is not a sustainable goal,” Herren says. “Tax was never really a driver for us. We were more interested in the growing, vibrant community and knew it would enable us to attract and retain a range of different skills. We’ve been able to ramp up really quickly and find superb talent.”

Employment law
Irish labour laws are considered more flexible than those of other European countries. Employers in Ireland have broad freedom of contract, with minimum statutory requirements around salary.

Location, location, location
Herren says business-friendly environment, EU membership and embrace of data privacy concerns and adoption of the European General Data Protection Regulation (GDPR) were big considerations in choosing Ireland. “Being based on the Silicon Docks of Dublin allowed us to quickly connect with other tech companies in Dublin, to network, share best practices and innovate alongside those in the area,” Herren adds. “Through the IDA network, we also connected with the American Chamber of Commerce and IBEC. This opened up many networking opportunities for employees to meet and build relationships with other professionals and leaders, which included hosting and attending various events in the community.” 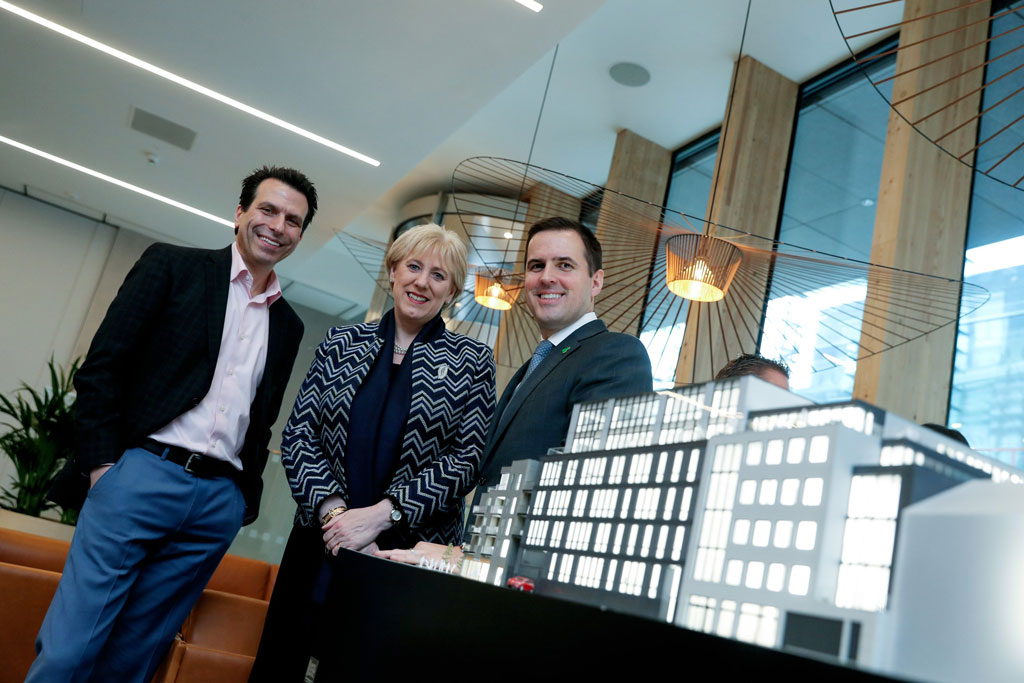 The IDA played a key role in introducing us to everyone in the community and ease the process. I couldn’t be happier with the outcome

Start your own European Success Story

As you start to think about how Ireland is the best place to help you scale globally, IDA Ireland is here to offer comprehensive pro bono support for your company. As Ireland's inward investment promotion agency, we are a non-commercial, semi-state body promoting foreign direct investment into Ireland.